Here some of the issues FlyersRights.org has championed, or is currently advocating for.

Disclosure of Taxes and Fees in Published Fares:

As of January 26, 2012, the DOT requires airlines to include all mandatory taxes and fees in published airfares, instead of simply putting asterisks with all the taxes and fees in tiny print. Airlines must also disclose baggage fees, though this can come in the form of a link to another Web page with the baggage fee information.

Need to Change or Cancel the Ticket:

If you realize within 24 hours of buying your ticket that you need to change or cancel it, you can do this without penalty (assuming you're booking at least 1 week before departure). You can also hold a reservation for 24 hours before paying for it.

DOT now requires airlines to give you prompt notification of delays, cancellations and route changes.

Similar to the routing changes, if the airline changes your scheduled flight to a different time or day, you aren't legally entitled to any compensation, only a refund of the ticket price you paid.

You're entitled to payment in cash, so if the airline tries to give you a voucher, insist on cash, since vouchers usually come with restrictions and can sometimes only be redeemed at the airport itself.

If you're bumped and the airline rebooks you on a flight that arrives less than one hour after your scheduled arrival time, you aren't legally entitled to any compensation, but it doesn't hurt to ask for a goodwill gesture, such as frequent flyer miles.

International flight departing from the U.S.:

If you are forced out of your first class seat into a coach seat, you should be able to get the fare difference (or miles, if an award) refunded from the airline, given the different class of service.

If you pre-selected an aisle in the bulkhead are you owed compensation if the airline changes it to a middle seat in the back of the aircraft? No. Seat assignments aren't part of the contract of carriage, so there's no remedy or compensation owed if the airline puts you in a different seat.

DOT rules prohibit tarmac delays of more than three hours for domestic flights with the following exceptions: 1) If the pilot determines there is a safety or security-related reason why the aircraft cannot leave its position on the tarmac to deplane passengers; or 2) Air traffic control advises the pilot that returning to the gate or another point to deplane passengers would significantly disrupt airport operations.

What if you're flying to your destination wedding and your luggage, containing your wedding dress, is delayed? While our first recommendation would be to not pack anything valuable in your checked luggage, sometimes it can't be avoided.

Make sure to notify a baggage representative promptly, at the airport, within 4 hours of arriving at your destination.

Check with the representative for the airline's reimbursement guidelines. Typically only basic toiletries and essential items will be covered.

Keep all receipts for your purchases, so that you can submit them for reimbursement.

If the airline really did lose your checked bags entirely, and it was domestic travel, the airline is required to reimburse you for up to $3300.

However, the airline may request receipts for the claimed item. It helps to have a list of everything you packed (if not receipts) for this purpose.

What more you can do if your rights are violated by an airline:

Write to the airline, cc to DOT and FlyersRights. Airline must acknowledge within 30 days and respond substantively within 60 days.

File a small claims court action (but airline has the right to remove to US District Court).

Airline can be investigated and fined by DOT but no compensation to passenger provided without airline consent or a court order.

Your rights re. TSA or in-flight security:

You have few rights other than to complain after the fact or decline to fly. Pat down searches with same-sex TSA agent in private area, instead of xrays are an option.

Contraband items discovered can lead to reports and even arrests. It's possible to be placed on the selectee list based a security incident, that may put you on the infamous No Fly list.

Beware of complaining loudly on aircraft, as flight attendants can label you as a disruptive or a security threat, leading to arrest, questioning by police or ejection from flight. Recording an incident may be allowed on some airlines but others ban use of video recording, as does TSA.

In sum, passenger rights concerning security are weak and unsettled as there is often a conflict between security and civil rights laws.

Airline and TSA employees have sometimes been known to file charges against passengers as a defense against complaints likely to be filed against them.

TSA issues are a main focus for FlyersRights. 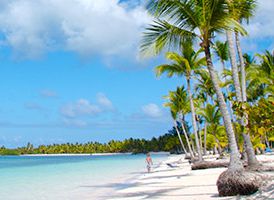 Endless all-inclusive vacation and getaway options are available for this Caribbean destination.

Nothing is a problem on this island paradise where reggae, romance, and the Caribbean sun come together. Jamaica gleams in Technicolor as lofty Blue Mountains spill onto verdant plains, shimmering sands and turquoise seas. Accommodations range from charming inns to luxurious resorts. Each of Jamaica's 12 golf courses has its own unique design and personality. 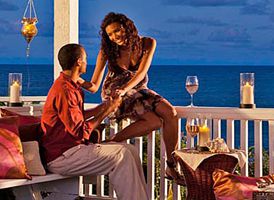 Your Caribbean Honeymoon begins the moment you say, "I DO."

Your Sandals Destination Wedding - When you honeymoon at Sandals Resorts for three nights or longer, Sandals gives you a Free Beautiful Beginnings Wedding - or use the value toward creating the wedding of your dreams.

Experience the wonder of beaches resorts, where everyone, at every age, is spoiled with the vacation of their dreams. Where all-inclusive adventure and excitement give kids the freedom to have a vacation of their own, and parents the luxury to relax and enjoy, too. Yet it's the precious moments when the entire family comes together, when time stands still and every minute is embraced, that will linger in your heart forever. 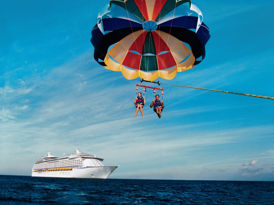 With dazzling beaches, turquoise waters, colorful past and vibrant Junkanoo culture, Nassau is a great place to sun and sightsee. The city is on New Providence Island; just offshore is Paradise Island, home to luxury hotels and resorts. 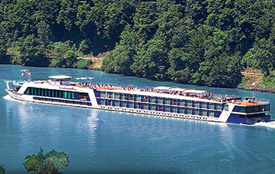